You are here: Home / Eosinophilic Esophagitis / Life Update {Is it really May?}

Friends! We are alive. Praise the Lord.

When I wrote this post five months ago, I had no idea what our future held, but I knew God was giving us strength. As I mentioned, L was going in for a scope, and Scott was stable. Life changes fast. 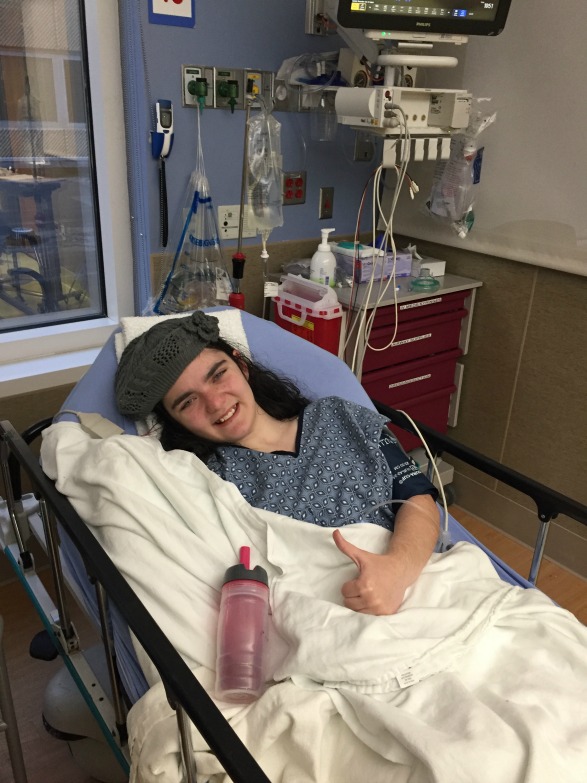 This is our strong girl. She didn’t know in this picture but soon found out that she failed sweet potatoes. Her scope showed the most eosinophils she has ever had in any scope. The doctor could not believe the biopsy results, so had the lab recount. Sure enough, the results were correct. L had to give up sweet potatoes. She did it in such a graceful manner. She knew how much they were making her sick, so that is why she knew it was the right decision. In two weeks, L and I make the trek up to Cincinnati Children’s for a week stay to meet with the leading doctors in the EoE world. She will have a scope while we are there to see if the eosinophils are gone from her esophagus. Currently, she stays alive by continuing to drink her prescription formula and pears. Could you imagine life without food? L is going on 2.5 years without food.

Two weeks after L received discouraging news, Scott had another heart incident. He was hospitalized once again. Thank goodness my sister-in-law gifted us the Kardia Mobile so we could do EKGs at home. This device saved Scott’s life that night. Scott told me he wasn’t feeling well that night in February, we did the EKG and realized we needed to get him to the ER fast. I drove him there, showed the front desk the Kardia and she took him straight back in a wheelchair. Doctors swarmed around us so fast hooking Scott up to machines and IVs. He was at high risk of having a stroke.

After this hospitalization, I realized that we didn’t have time to waste. I got in touch with Duke to get his care transferred. During this time, Scott wore a heart monitor for two weeks. During the two weeks, the monitor picked up 26 episodes. We had to keep him calm and not doing much while Duke reviewed his records to accept his case. Finally came the time to have our first meeting with Duke. I prepared Scott’s notebook with all of his medical records, EKGs, and test results. The electrophysiologist viewed Scott’s records and said he needed surgery ASAP as he could go into cardiac arrest at any time. He said there was something wrong with the left atrium of his heart causing his heart to misfire. He believed Scott was born with an extra electrical pathway, but would not know for sure until he was able to get inside of Scott’s heart. A week later, Scott was scheduled for surgery. 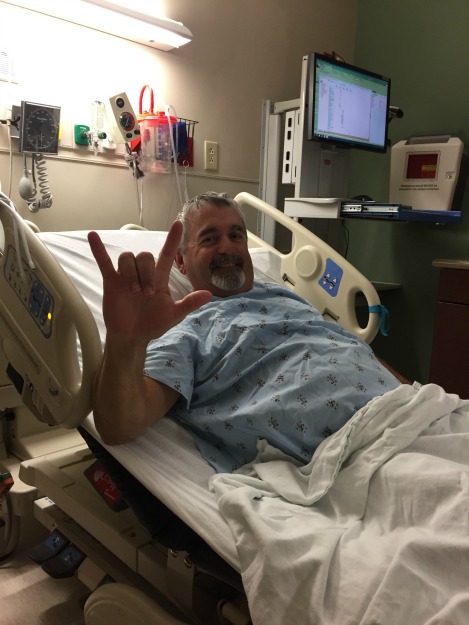 My husband was nervous, but relieved his heart would be fixed! We knew God was in control and led us to Duke for a reason. We both stayed very optimistic for a successful surgery. The length of surgery could take anywhere from 3 to 6 hours. After a little longer than 2.5 hours, I received a call that the doctor needed to meet with me outside of the operating room. The first words were Scott was doing well, but when the Doctor hit a certain pulmonary vein, Scott’s heart stopped. The doctor knew at that moment that he hit the trouble part of Scott’s heart. They were prepared and knew exactly what to do. Again, we give God the glory for a successful surgery. God is so good! I broke down in tears in the waiting room and the girls hugged me. We are a strong and tight family. Tomorrow is three weeks from surgery, and Scott is doing amazing. His blood pressure is phenomenal and his pulse is now in the 70s and 80s instead of 40s and 50s. Praise the Lord!

In the midst of all of this going on, I needed to finish my last semester of college. I had 21 hours this semester and it was intense! Oh yeah, all the while working a full-time job. I am proud to say that I made all A’s, except one B. Yes, one B 🙁 – but I graduated last weekend with a Bachelor’s in Communication Studies with a Minor in Business. Now, I have three Associate Degrees and one Bachelor’s Degree. You better believe I was smiling ear to ear on graduation day. Knowing my family was right by my side cheering me on – was priceless! 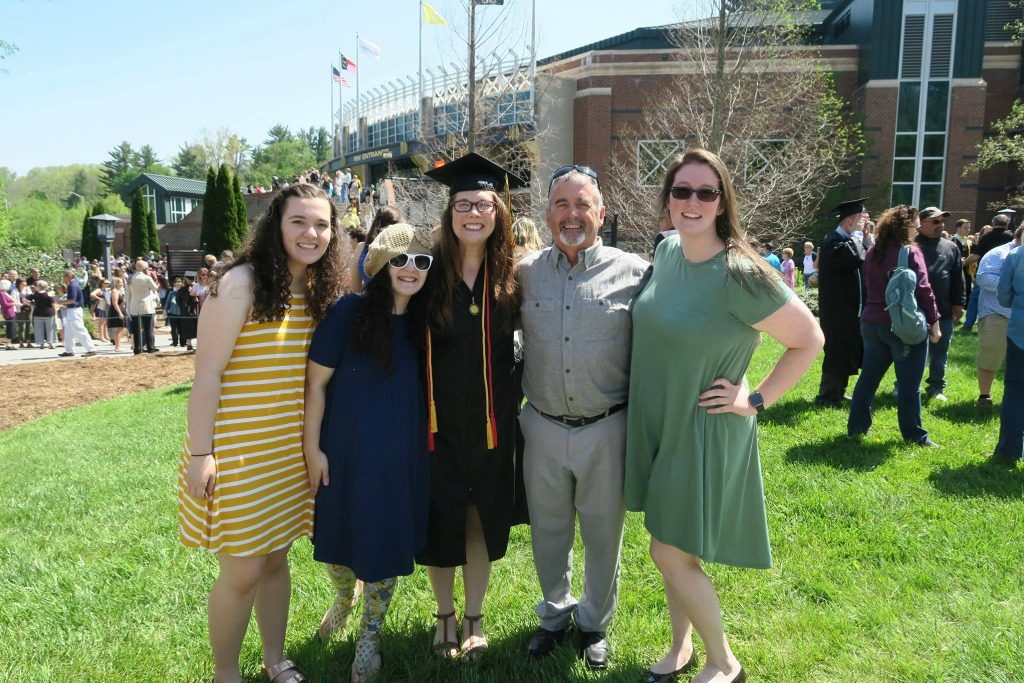 Friends, I do not say that previous paragraph to brag. I shared because even though life can be hard, God is always there to give us strength and direction. He tells us in His word that he will never forsake us.

“Be strong and of a good courage, fear not, nor be afraid of them: for the LORD thy God, he it is that doth go with thee; he will not fail thee, nor forsake thee.” Deuteronomy 31:6

The last five months were a whirlwind, but here we are alive and well! I’m excited to start blogging again and sharing our faith. I want to show how our family has grown stronger in our faith, and share how to navigate the hard medical system. We have to fight for our family’s medical care. It’s not easy, but can be done. I will help you.

I look forward to writing and sharing with you all!

P.S. M has a big summer coming up. She is doing amazing and I can’t wait to share more about her adventures.