You are here: Home / Archives for ROMO 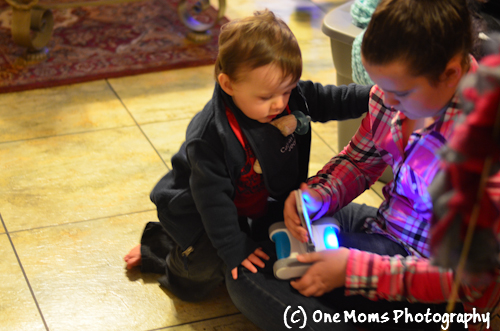 We have partnered with Childs Play Communications and ROMO to bring you a super fun review of a robot.

Baby Jackson could not wait for Auntie M to release our new robot ROMO onto the ground. ROMO has become a special friend here at our household. He loves to get in tickle fights and even play chase. It is quite comical. 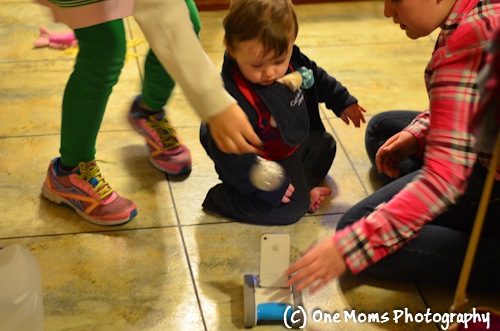 Who knew an iPhone could turn into a robot? ROMO is developed by Romotive Inc. It was built to help teach  kids the basics of computer programming and robotics through a series of adventurous challenges. Basicially, the iPhone or iPod touch is the robot’s brain. Technology is changing everyday and the robot helps kids with those changes. ROMO has the capabilities to teach kids about science, technology, engineering, and math. Pretty neat right? 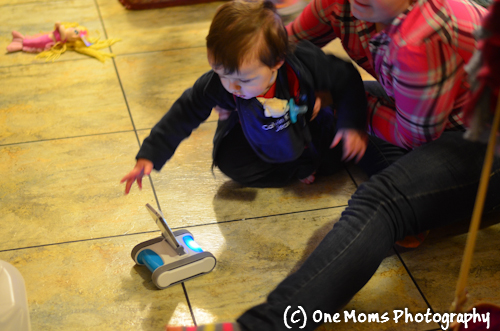 Who are we kidding?! We all love playing chase with ROMO. Kids who want to be more involved in technology, and know how technology works are going to love this very smart robot. Software that is downloadable through the app store will help kids take on different missions to get involved with the robot. ROMO is one of the first truly smart, evolving toys that also functions as an advanced communications device.

You can have your very own roaming photographer. That is correct. You are able to train ROMO to take pictures of your family. He will be your own personal robot. You can actually control ROMO from anywhere in thr world while streaming two-way video and audio. ROMO can detect and follow tracks and paths that you create for him. He will get to know your face and recognize it.

It’s amazing what this small gadget can do but our family has had a lot of fun with him. He can be as challenging as you want him. The girls love playing chase and doing a tickle fight with him.

Disclosure: I received a complimentary ROMO in exchange for this review. All thoughts and opinions are of my own.