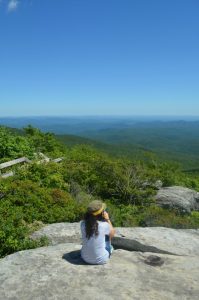 After lots of prayers and discussions, we have decided to change treatment plans for our L. As you know, her original diagnosis came in early 2016. We had never heard of the words eosinophilic esophagitis. The only thing we knew was our daughter was really sick and losing weight very fast which led to her being near failure to thrive. Fast forward 17 months later, and L has gained 31 pounds. Praise the Lord! She looks so healthy. She has been on an elemental formula diet during this entire time and drinks approximately 10 little boxes of Neocate Splash. The Neocate is providing the nutrition she needs but L is really wanting to eat real food. She has managed to only gain two safe foods during the last year and a half, pears and sweet potatoes. Unfortunately, L has so many regular food and environmental allergies, that we are not making any progress with food trials. After meeting with her team last week at the Children’s hospital, they all agreed it was time to change routes.

We have decided to start L on a daily steroid slurry routine.  She started yesterday and will be taking the slurry twice a day. We have to make the slurry each time with pulmicort respules and packets of stevia sugar. This will coat her esophagus in hopes that she can pass more food trials. I did not want to go the steroid route, but L’s mental health is very important to us. Can you imagine not eating food when everyone around you can eat food? Our society revolves around food so much. She deserves this chance. The pros outweigh the cons of steroids.

L will continue to drink her prescription formula, Neocate, but we are hoping she will be able to reduce her formula intake each day. As always, we are here to share L’s journey in hopes we can help other families. Please stay tuned for progress updates.