You are here: Home / Archives for Cruise Travel / Disney Cruise

Did you hear the news? Star Wars: The Force Awakens’ becomes the fastest movie To $1 billion dollars! That number sure does the talking for families’ love of Star Wars in the United States. If you are one of those families, you will heart Disney Cruises even more!

Starting in the New Year, your family can celebrate the legendary adventures and iconic characters from the Star Wars saga during a brand-new, day-long celebration aboard eight special sailings on the Disney Fantasy: Star Wars Day at Sea. 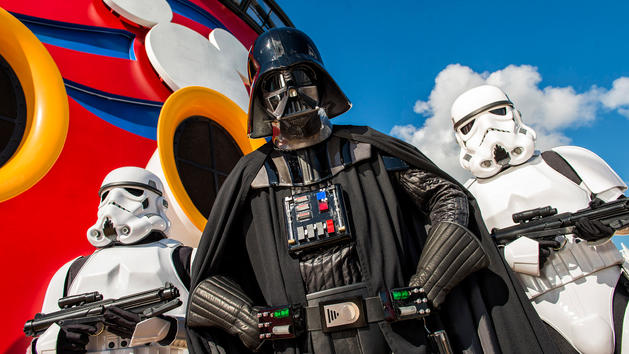 Star Wars Day at Sea combines the power of the Force, the magic of Disney and the excitement of cruising for an out-of-this-galaxy experience unlike any other. Occurring one day during each of eight Disney Fantasy sailings, Star Wars Day at Sea will transport guests to a galaxy far, far away – in the Western Caribbean. The event includes:

It’s a totally intergalactic experience that will thrill all the younglings, Padawans and Jedi Masters in your family.