You are here: Home / Archives for Disney

A new family comedy that would make for the perfect date night with your spouse is coming to theatres on November 22nd. DELIVERY MAN stars Vince Vaughn, Cobie Smulders and Chris Pratt. Since I have a working relationship with Disney, I am able to give you a sneak peek to the movie. As you know, family can come in all forms of shapes and sizes. This movie is amusing. You have to see Vince Vaughn’s face when he finds out he is the father to 533 children due to a mix-up at a fertility clinic. OOPS!

Stay updated with details about the movie with the following social media outlets.

Get excited for a new Disney release this summer!

From above the world of “Cars” comes “Disney’s Planes,” an action-packed 3D animated comedy adventure featuring Dusty (voice of Dane Cook), a plane with dreams of competing as a high-flying air racer. But Dusty’s not exactly built for racing—and he happens to be afraid of heights. So he turns to a seasoned naval aviator who helps Dusty qualify to take on the defending champ of the race circuit. Dusty’s courage is put to the ultimate test as he aims to reach heights he never dreamed possible, giving a spellbound world the inspiration to soar. “Disney’s Planes” takes off in theaters on Aug. 9, 2013.

Here is a sneak peek:

It is going to be a great movie for sure. Also, we have some awesome activities to get the kids even more excited about this release. 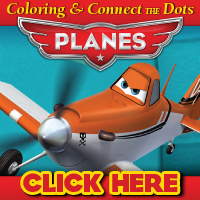 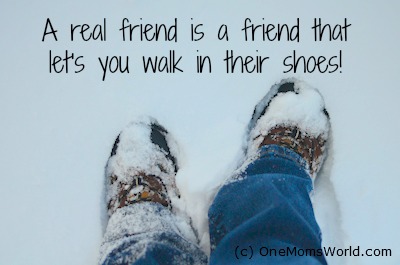 A little back story here. Last year at the Disney Social Media Moms Conference, we were able to go behind the scenes to the new FantasyLand. The construction was in full swing so all the attendees needed to wear hard-toed boots. No problem. I had a beloved pair of boots that my husband had bought me three years ago for Christmas. The best boots that allowed me to go on hikes and have fun in the snow without getting my feet wet. The boots did not let me down while touring the construction.

As we headed back to partake in a full day of exciting and innovative speakers, I changed shoes and put my boots underneath my table. Unfortunately, I left my boots there and they never showed back up in lost and found. This story can not stop there as that would not be “magical.”

My dear friend and one of my bestie’s, Nan Gomez at A Mom Blog, truly turned a bad situation into a good situation. She handed me her boots. The boots are in the above picture. She did not want me to go home without a pair and new she did not need them in Texas. If that is not true friendship, then I am not sure what is!

Friends are magical and filled with so many treasures. Thank you Nan for being a saving grace.

You know you have a real friend when…

As most everyone knows, my sweet and precious L is a huge animal lover. She will go as far as if there is an ant in the house, she will scoop it up with a spoon and run outside with it so we will not kill it. We had a mouse in the house and she wanted to make sure that my husband would not kill the mouse in the trap. Instead, she requested he catch the mouse and release it into the forest. She is a true animal lover.

Animal lovers of all ages will enjoy this new movie out for the Christmas season. It is such a good movie that you will watch over and over throughout the year.

From the creators of the #1 live-action, direct-to-video Disney Buddies franchise, comes “SANTA PAWS 2: THE SANTA PUPS,” an all-new heartwarming and hilarious adventure starring a brand new litter of the most adorable talking Great Pyrenees pups! 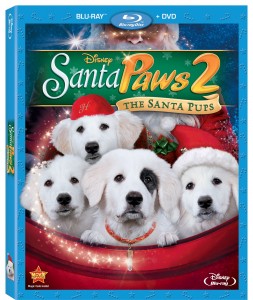 The North Pole has a new litter of playful pups! However, when the frisky foursome—Hope, Jingle, Charity and Noble—practically destroy Santa’s Workshop with their frolicking, they realize the best way to prove that they’re responsible enough to become Santa’s Helpers is to show how well they can spread the Christmas spirit all by themselves. With help from a magic crystal, they start granting everyone’s wishes. But their good intentions backfire when one unhappy boy asks that Christmas go away forever! With his wish impetuously fulfilled, and the joyous spirit quickly disappearing from the planet, Mrs. Claus and the pups have to find a way to reverse the spell—or risk losing Christmas forever!

Here is a sneak peek:

M and L sat down with me to give me their best parts about the movie.

L: I like when the doggie has babies. The pups learn the true spirit of Christmas.

Why would you recommend:

Because it is such a good movie for kids that love animals and see all about Christmas.

M: My favorite part was when they broke out of jail by tying a rope to an ice cream truck.

Why would you recommend: The movie shows if you have determination and believe, you will go far in life. I love it shows the spirit of Christmas.

This movie will really warm your heart and it shows with M and L’s own words. I know we will be having popcorn and hot chocolate with the snow storm coming. A perfect match with his movie. Snuggle up with your kids and watch a good movie over the Christmas break.

Disclosure: We were provided with a copy of Santa Paws 2 in order to facilitate this review. All thoughts and opinions are of our own. 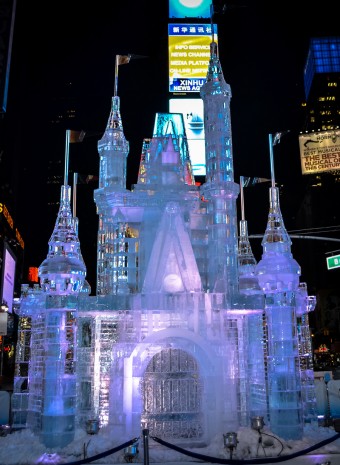 To help prepare for the big announcement, Mickey and friends were hard at work getting ready for the unveiling of the above ice castle. The fairytale castle is made of 45,000 pounds of ice. Pretty amazing right. Check out more photos here.

Over the course of the year in 2013, Disney will be releasing limited time magic surprises just for you and your family. These limited time surprises will magically appear and magically disappear once the next surprise arrives at the parks. What type of surprises can you expect? According to the Disney Parks Blog:

– True Love: Celebrate romance and enchantment throughout Valentine’s Week with special moments and entertainment geared to lovebirds. Disney Princes join their Princesses to meet park guests in special settings, prix fixe menus turn up at select restaurants and Valentine’s collectibles will be offered for the week.

– Independence Week: It’s red, white and blue as Disney Parks salutes America with a 4th of July Fireworks Party — for an entire week, with patriotic lighting bathing the Disney castles on both coasts. Mickey Mouse appears in his patriotic finest and guests will find special USA shirts, Ear Hats and other limited-edition souvenirs.

– Long Lost Friends Week: Lesser-known Disney characters will move from the shadows to the spotlight meet-and-greets on both coasts. Photo opps with characters that could include Flik, Clarabelle Cow, Remy, Tweedle Dee and Tweedle Dum will surprise and delight guests. And Disney guests even have the chance to vote online for which characters they want to see.

– Pirate Week: Why talk like a pirate one day when you could celebrate these scalawags all week long? The adventures of Jack Sparrow come to life like never before during a bicoastal buccaneer bash in which Disneyland and Walt Disney World become pirate-palooza: pirate bands, pirate meet-and-greets and more.

– Dapper Dans Sing Boy Bands: The Dapper Dans, the iconic quartet from Main Street, U.S.A., will add a special finale to their show, claiming the title of the “Original Boy Band” and delivering a medley of hits from One Direction, *NSYNC and the Backstreet Boys.

– Unleash the Villains: Friday the 13th in September 2013 is a special day, so Disneyland park and Disney’s Hollywood Studios are staying open until the 13th hour (1 a.m.). Maleficent, Captain Hook, Jafar and other Disney Villains host a dance party, complete with limited-edition collectibles and other nighttime mischief.

– Golden Horseshoe Revue: The fabled Frontierland show returns to Disneyland park for one month only, bringing back the corny jokes and enduring songs that were often enjoyed by Walt Disney himself.

As if the new Fantasyland opening wasn’t enough to get us back to Disney World asap, this just puts the icing on the cake. Who is ready for 2013? I sure am!